Just added to your cart

How Did Cycling Gear Become Hype-worthy?

by IT Oraqle November 16, 2020
As the British cyclist Tao Geoghegan Hart crossed the line to victory at this year’s Giro d’Italia, it marked, for many cyclists, a brief hiatus from a year of uncertainty as a result of the coronavirus pandemic. Hackney born and raised, humble Geoghegan Hart became the people’s champion – and his win at the prestigious Grand Tour this past October is just one of many things to have propelled cycling’s popularity forward in recent years.
According to a recent Statista study, the cycling apparel industry has grown by over 200 percent in the last 10 years and is now worth over $3.27 billion USD. An increased focus on health and well-being as a result of COVID-19 has been a major factor in the sport’s recent increased popularity, and while cycling grows, the clothing associated with it has taken on a greater role in our lives too. A decade ago, the apparel available to riders went as far as fluorescent cagoules and logo-covered all-in-ones, but today a man in lycra is no longer dubbed as being in the midst of a midlife crisis or a messy divorce, because cycling apparel has been reformed.
Notwithstanding previous attempts to craft genuinely stylish bike-orientated clothing from the likes of Levi’s with its Commuter Range and H&M’s stretchy denim cycling collection, it was Rapha that took the cycling industry by storm shortly after it was founded in 2004. 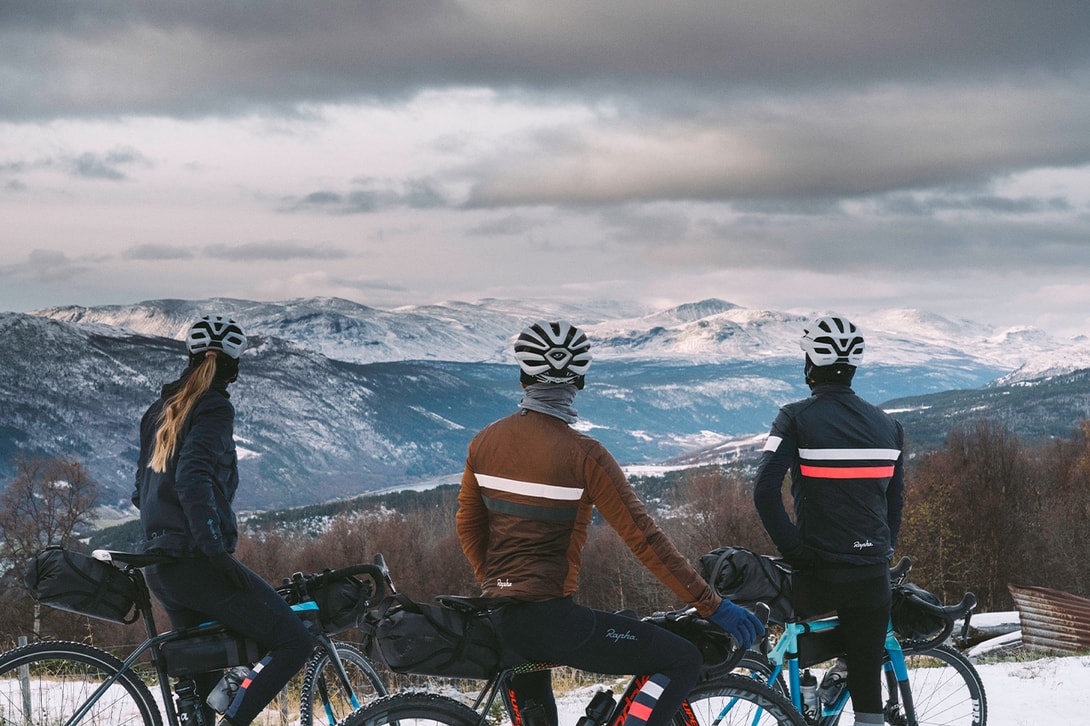 Taking advantage of a yearning for a classic cycling aesthetics, Rapha went about designing apparel that was not only functional but stylish, and quickly morphed itself into the go-to label for discerning cyclists. By taking time from the outset to develop a culture and a lifestyle behind the brand through the opening of coffee shops and starting up lucrative members clubs, Rapha romanticized cycling into something more than just a sport and turned it into a cult.
After embedding itself as a recognized performance brand, Rapha soon began to move towards more hybrid styles that would work both on and off the bike. From as early as 2007, Rapha began teaming up with the likes of designer Paul Smith, before later linking with Outdoor Voices, BYBORRE and most recently Palace.
Despite these previous collaborations, it wasn’t until Rapha linked up with the London skate brand that it really made its mark off the bike too. With a brief of creating an everyday collection for the Giro d’Italia — plus a performance jersey that would later be worn in the race itself by Rapha-sponsored EF Pro Cycling (a kit that was subsequently fined for breaching regulations) — the two brands went about designing a capsule that could work seamlessly on and off wheels. 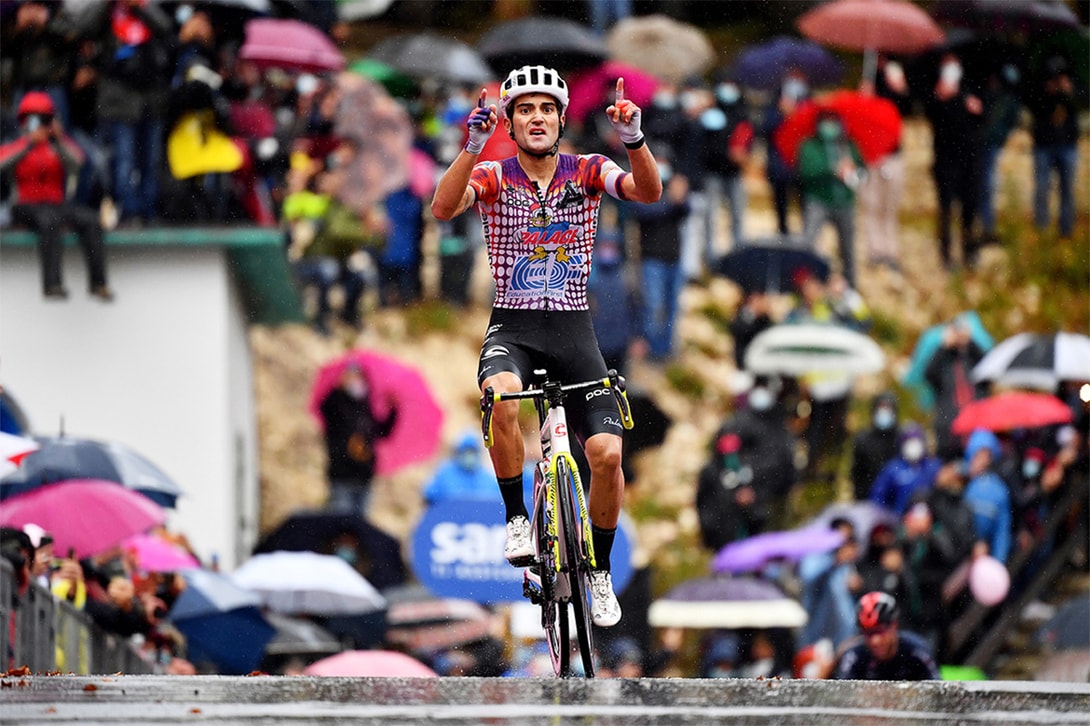 “Our aim was to really broaden the demographic of people watching professional cycling and then hopefully see them parktake in the sport too,” Robert Obeng-Manu, Rapha’s Product Manager tells HYPEBEAST. “We know Palace has a reputation for disrupting sport at the highest level and what we did with them was a great example of playing on the cycling kits of the ’80s and ’90s.”
Although other labels like Pas Normal Studios and Café Du Cycliste have since followed suit in taking an alternative approach, Rapha’s loyal customer base remains stronger than ever. And as competitors often remain focused solely on innovation and pushing technology, it’s Rapha’s dedication to ensuring its designs remain true to the brand’s DNA, as well as innovative that really rings true.

“We began to realize early on that cycling clothing can be an extension of one’s personal taste.”

“A considered design approach is just as important as technical innovation,” says Obeng-Manu. “We began to realize early on that cycling clothing can be an extension of one’s personal taste and wardrobe, so really honed in on this theory and started to create garments people wanted to wear, rather than had to for functional reasons”.
Rapha’s aim has always been to create products that offer a solution to the problems riders face on a bike, and while design is just as important, the brand has always strived to use the very best forward-thinking fabrics on offer. “When we launched our first classic jersey back in 2004, it was quite revolutionary. We used merino wool which had history in cycling but wasn’t really used at the time,” explains Obeng-Manu. “We were then able to deploy it in a completely new technical application, paired back and well-fitted. The overall aesthetic was reminiscent of a time when professional cyclists really cared what they looked like on a bike, and we’ve continued to use it since.” 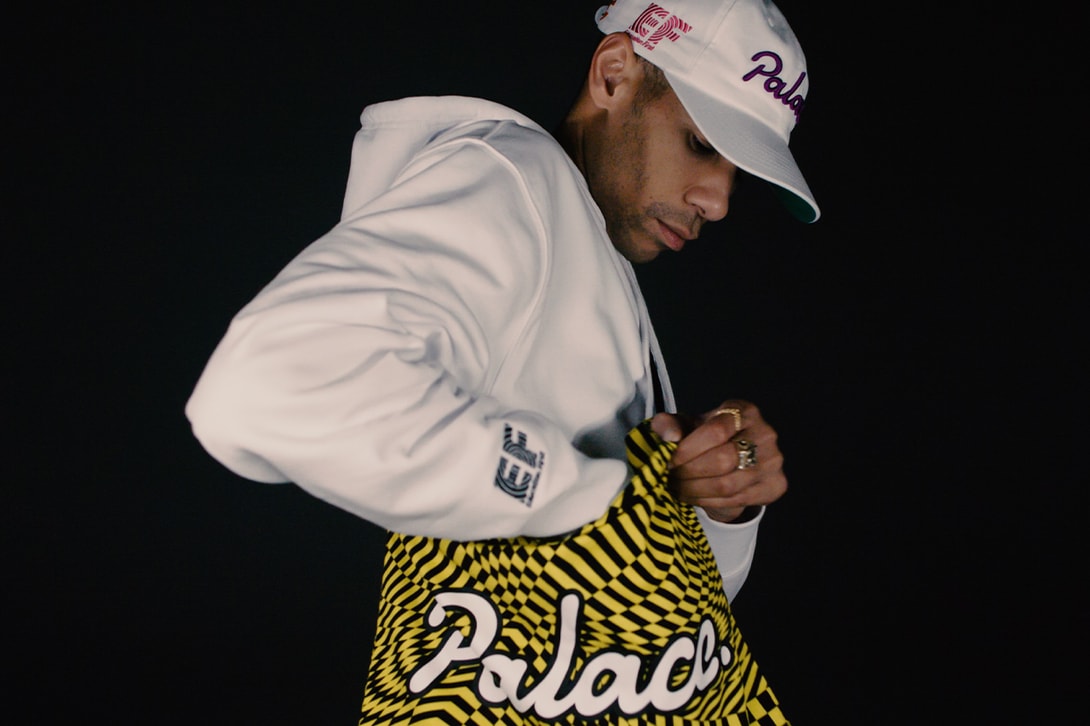 Rapha’s collaborations so far have had a particular focus on road cycling, yet Obeng-Manu believes another sector within cycling is primed to see a fusion of performance and fashion. “There’s a niche in-between mountain biking and road cycling that’s growing known as gravel and/or adventure cycling, it’s bigger in the U.S. where they have longer dirt roads,” he explains. “The gear needed for this type of riding is totally different, and it starts to cross over with outdoors brands like And Wander and Snow Peak; synergies with outdoors brands like this make it only a matter of time before they cross paths.”

Although images of dads in three-quarter-lengths riding alone in forests spring to mind when one envisions off-road gravel and adventure, Obeng-Manu is adamant that if a partnering brand can allow someone to have an alternative view of something, it can draw more interest from different demographics.

“As different types of cycling grow and it becomes more of a lifestyle, it’s inevitable that the clothing they wear will be able to work in those situations. Cycling is very much a lifestyle and the products we make will end up working in the world of everyday clothing — because people will live a cycling-oriented lifestyle. At the end of the day, being physically and psychologically comfortable will, in the end, lead to a much more enjoyable experience, both off and on the bike.”

While 2020 has changed our relationship with the outdoors, many cyclists will remember this year as when the lifestyle around the sport really began to grow. And while no one expects cleats and bibs to be the new trainers and coats, the lines between performance wear and everyday garments are certainly beginning to clear.